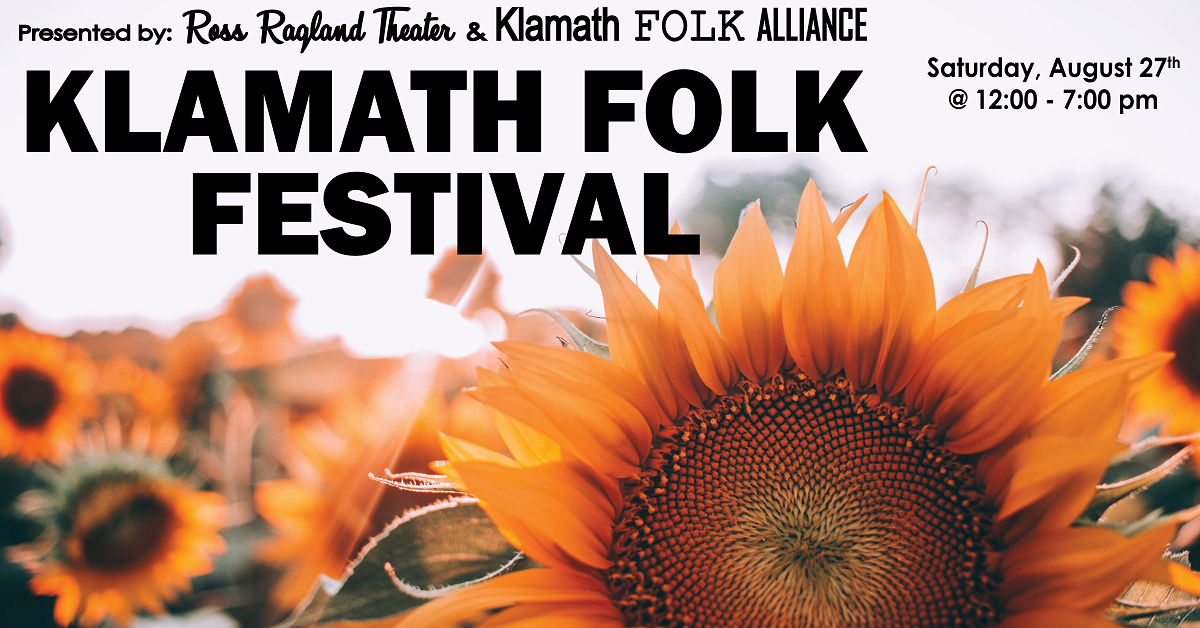 Klamath Folk Alliance, in partnership with the Ross Ragland Theater, is thrilled to announce the return of the annual Klamath Folk Festival on Saturday, August 27, 2022.

The event will feature 12 performances across two stages at the Ragland complex between noon and 7pm, children’s activities, and food and beverage vendors.

Headlining this year’s festival will be The Brothers Reed. With their fifth studio album coming in May, along with a collaborative beer bearing their name with Pelican Brewing, The Brothers Reed are quickly becoming one of the Northwest’s most talked about acts. Their extensive performance schedule has seen upwards of 300 shows in a year across much of the United States.

Proceeds go to help cover the ongoing nonprofit efforts and operations of the Klamath Folk Alliance and the Ross Ragland Theater.